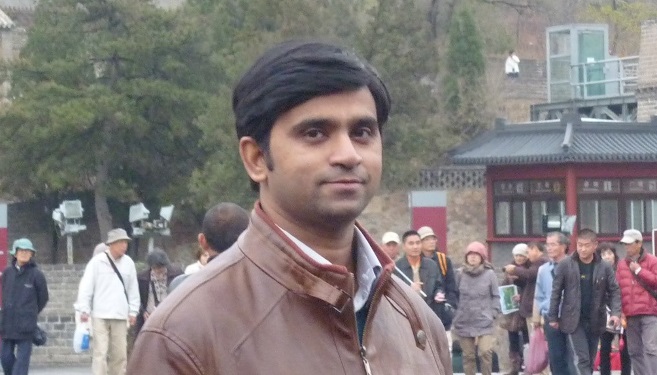 Electronic Engineering lecturer at UKZN Professor Viranjay M Srivastava is highly ranked among the top 500 researchers in Africa, according to the Scopus listing.

Srivastava is placed at 23 in the Electrical and Electronic Engineering category and at 194 in all subjects.

The Scopus rankings are based on scholarly output between 2015 and 2020.

Srivastava, who is a discipline leader and module coordinator, has a doctorate in Electronics and Communication Engineering as well as 17 years of teaching and research experience with undergraduate and postgraduate engineering students at various national and international universities.

Srivastava says his high ranking is due largely to his research group members who include nine postdoctorate fellows as well as 13 doctorate, 13 masters, and 23 undergraduate honours students in the field of Electrical and Electronic Engineering, who are all involved in the design of switches and their application in communication systems.

His overall position of 194 on the list is, he says, largely due to the research work he did with his team on COVID-19 where they recognised an increasing demand for high data throughput and connectivity from higher education institutions as well as a need for reliable and secure networks. This led them to propose a model they created that can possibly solve these issues and be deployed on the Software-Defined Network (SDN).

He said another research venture that led to the achievement was their proposed solution to the problem of weak-signaling in mobile handset devices during travel in vehicles. Their solution was the use of a small dense-cell (micro-cells and maro-cells) so that users get signal continuously. In addition to the above, they also did various other interdisciplinary research work with researchers around the world.

For recognition as the 23rd ranked African researcher in Electrical and Electronic Engineering, Srivastava  identified all the research work he and his team have done related to Electrical and Electronic Engineering. One such project was their design of a novel metal oxide semiconductor field-effect transistor (MOSFET) device, which is usually used to switch or amplify voltages in circuits, but is suitable for mobile devices. This designed device is a cylindrical structure compared to the traditional rectangular device, hence the name Cylindrical Surrounding Double-Gate (CSDG) MOSFET. It has less contact area with the board than the other MOSFETs, and due to the circular source and drain, the gate contact with the source and drain is on a large circular region, which avoids gate misalignment. Due to its cylindrical structure, it generates less heat compared to other MOSFETs.

Asked about his high ranking, Srivastava  said it was confirmation for himself and his research group members that the research work they did at UKZN was of an international standard and had given them the confidence to continue in their innovative research pursuits.