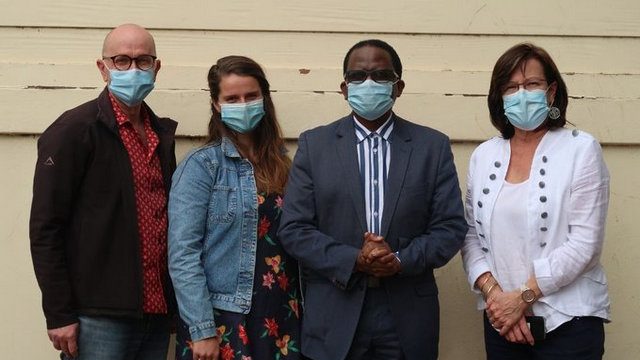 Rhodes University is the first South African university to win first place for this prestigious prize! Out of a global association of 388 universities in 77 countries on six continents, all committed to developing student leaders who are actively engaged with society. In the past, our sister universities, WITS won (3rd place in 2014) and NWU (2nd place in 2012), respectively. It is a HUGE achievement and great recognition of the collective work that makes the Nine-Tenths programme happen.

The Nine-Tenths was one of the first initiatives implemented as a targeted programme for student volunteer mentorship. The mentors guided local learners through nine structured sessions to equip learners to pass to their full potential. The Nine-Tenths programme was conceptualised and launched in 2016 and is now in its sixth year.

Nine-Tenths is co-managed by the Rhodes University Community Engagement Division (RUCE), local high schools and a local Non-profit Organisation, GADRA Education. Programme responsibilities are carried out in a participatory manner by each partner based on their skillset and resources.

The Nine-Tenths aims to:

· Cultivate mutually beneficial relationships between mentors and mentees, which serve to embed Rhodes University in its local context and build the Makhanda community.