By Richard Harrison, University of the Western Cape

South Africa, and Southern Africa by extension, is well known in the circles of mineral collectors, and the general public, for a wealth of exceedingly rare and stunning minerals – Indeed, several universities across South Africa often declare new species at both micro and macro scales.

What one forgets is how integral this is to our natural heritage, and often the growth of small communities in South Africa. Aside from the big mines and stunning newsreels, what about Pella?

Pella is a small town in the Northern Cape, almost bordering on Namibia. Those of you that have heard of it before might remember fondly the date farms, exporting some of the world’s finest.

However, there is another story to tell – The surrounding veld (Severe in its natural beauty) brings a small additional income for many of the local families, some of whom have lived in the area for generations. Not from the soil, but from the hard rock beneath – Stunning quartz crystals (Pictured below) included with hematite, termed a phantom. Indeed, the area is known to produce amongst the best in the world, and many are on display in national museums overseas.

There are many such stories – From the history of the fabled Jan Coetzee mine near Springbok, producing some of the most amazing, complex crystals to Ajoite, an extremely popular mineral often included in quartz and found almost exclusively from mines around Musina, a small town in the Limpopo province. 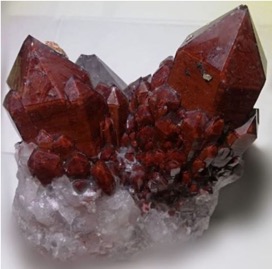 One also can’t discuss our mineral heritage without reference to the Kalahari Manganese Fields – Perhaps you have driven through Postmasberg, and seen every sign and streetlight covered in the red dust from the iron mines, or passed briefly by some of the mines and wondered where all the trucks are off to! 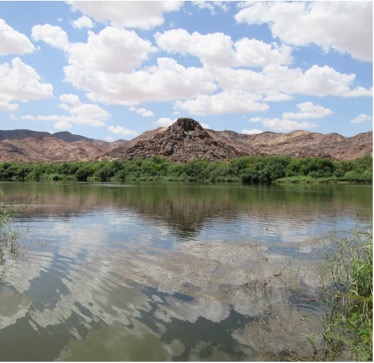 Namibia, as seen from Pella. (Namibia is over the river). Author photograph.

N’Chwaning (And by extension, N’Chwaning II and III) have over the years produced many new minerals, only found in South Africa – From Olmiite, an extremely rare silicate, to Rhodochrosite – Indeed, for the latter South Africa produces arguably the best in the world, with the widest range of habits! The nearest competition for Rhodochrosite of similar quality in the United States! Sadly, one is hard-pressed to find a full display of these open to the general public in South Africa. Sugilite is another Kalahari mineral that is world famous – And part of our mineralogical heritage.

One forgets, when the rare occasion arises to see some of these minerals (And there are many, many more!) the sheer dedication required to bring them to the light for the world to see – The stark environments, high mountains without trails or paths or often the distances needed to bring them to major cities and centres.

At this point you, as the reader, are no doubt wondering what the point of this piece is – And I shall put it simply: When you next walk through a museum, or see minerals tagged as South African – Don’t forget that they are also part of our heritage! 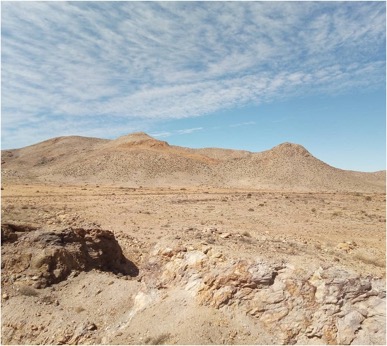 A site in the Northern Cape known to produce stunning crystals – Author photograph.

Because these cookies are strictly necessary to deliver the website, refusing them will have impact how our site functions. You always can block or delete cookies by changing your browser settings and force blocking all cookies on this website. But this will always prompt you to accept/refuse cookies when revisiting our site.